3 Up, 3 Down: First Half Surprises and Disappointments 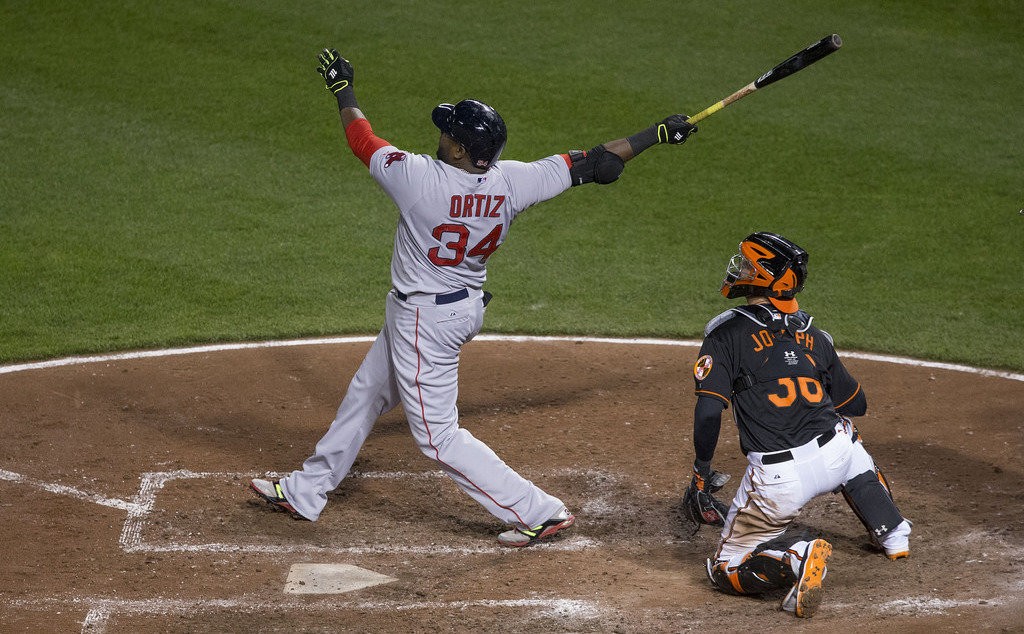 The first half of the 2016 season has, thus far, been jammed with fun and unpredictable moments. Now that the All Star Game in San Diego has wrapped up and as the dog days of summer approach for the second half of the season, lets take a look back at some of the surprises and disappointments from the first half of 2016.

No city in the country has had a more fun summer in sports then Cleveland. Once seen as a city that could only dream of winning teams, now is a reality. After the Cleveland Cavaliers won the 2016 NBA Finals and brought the city their first title in 52 years, the Indians began to rock and roll as well.

The Tribe got hot and won 14-games in a row after the Cavs won the title, and entered the break with a 52-36 record and are a top the AL Central with a 6 ½ game lead over the Tigers. The Indians strong performance in the first half of 2016 has been lead by their pitching staff.

The team currently is first in the American League in wins (52), ERA (3.62), strikeouts (756), fewest runs allowed (355) and lowest batting average allowed (.237). As seen over the last few years, pitching has been the key to postseason success. With this rotation, a capable enough offense, and an experienced manager like Terry Francona, the 2016 Cleveland Indians have a good chance at playing deep into the fall.

The last few seasons, the Red Sox have appeared to be baseball’s Jeklyll and Hyde. Going from last place, to World Series Champions, back to last place; Boston has been an enigma. However, with a solid young core, and a retiring (but revitalized) David Ortiz, seems to have the Red Sox bound for a winning season in 2016.

Boston has a 49-38 record at the break and are two-games behind the first-place Orioles in the AL East. Perhaps the biggest reason for the Red Sox first half has been their young, Killer B’s in the lineup.

Mookie Betts, Xander Bogaerts, and Jackie Bradley Jr. all earned their first All Star game births and have been responsible for baseball’s most productive offense. The Red Sox are first in baseball in a variety of offensive categories; including runs scored (490), total bases (1466), RBIs (467), batting average (.292), slugging (.474), and OPS (.833).

However it is not only the young core lighting it up, it is also the retiring Boston legend that has been a valuable cog. David Ortiz has hit .322 with 22 homers and 72 RBIs in the first half of his final season and rightfully earned his 10th All Star game appearance. The most clutch hitter in Red Sox history could be on his way to one last October stage to shine on.

Speaking of shining on October stages, Daniel Murphy put on a performance for the ages, last postseason with the Mets. After signing with the Washington Nationals over the winter, the second baseman is leading all of MLB in batting average (.348) and tied for second in the majors in hits (117). Impressively, keeping up his hot play into the season and with a new club.

His solid play has helped the Washington Nationals finish the first half with a 54-36 record and a six-game lead over Murph’s former New York Mets teammates. The Nats are looking to have a better second-half, then last year. And, if the team reaches October, Murphy looks to prove his postseason play was no fluke.

The days of the Yankees being a routine fixture in the postseason appear to be over (for now anyways). With the acquisitions of Aroldis Chapman and Starlin Castro, New York, was hoping to be contenders in 2016. However, the team looks to be nothing more then a .500 team in transition.

With a pitching staff that has a 4.45 ERA and a lineup hitting .252 in the first half of 2016, the Yankees do not have much to get excited for this year. Some of the Pinstripes’ veterans (and highest-paid players) are currently in decline and the team does not appear to have any spark, to allow them to catch the Orioles, Red Sox, or Blue Jays in the division.

Sitting with a 44-44 mark at the break, the Yankees will have to make some decisions regarding their future after 2016, if they do not find a winning rhythm in the second half.

The team that arguably won the winter on paper has not done much winning on the field this season. Arizona was not expecting to be in last place in the NL West, with a 38-52 record at the break. But, that is the case. The pitching staff which was suppose to have the dominant 1-2 punch of Zack Greinke and Shelby Miller has been near the bottom of ERA in MLB 4.77 ERA. With Greinke still solid (10-3, 3.62 ERA), but Miller (2-9, 7.14 ERA) looking subpar, as well as no other starters with and ERA below 4.00.

The team’s lineup is 15th in the majors in runs scored (402) but have not showed much productive consistency, and with a pitching rotation as bad as it is, 2016 might end up being a wash out in the desert.

Although the big slugger put on one of the best Home Run Derby performances of all time, this year, his regular season has not looked like that, of a $300 million-dollar player.

Even tough, he has been mostly healthy this season, Stanton has only hit .233 and has an OPS of .823 both the lowest of his career. Not to mention a WAR of 0.7. This is the first full season Stanton has played, where he did not make the All Star game. Still early in his career and mega-contract Miami hopes his 2016 first-half is not a sign of things to come.