DU Basketball Looks to Past to Build Future 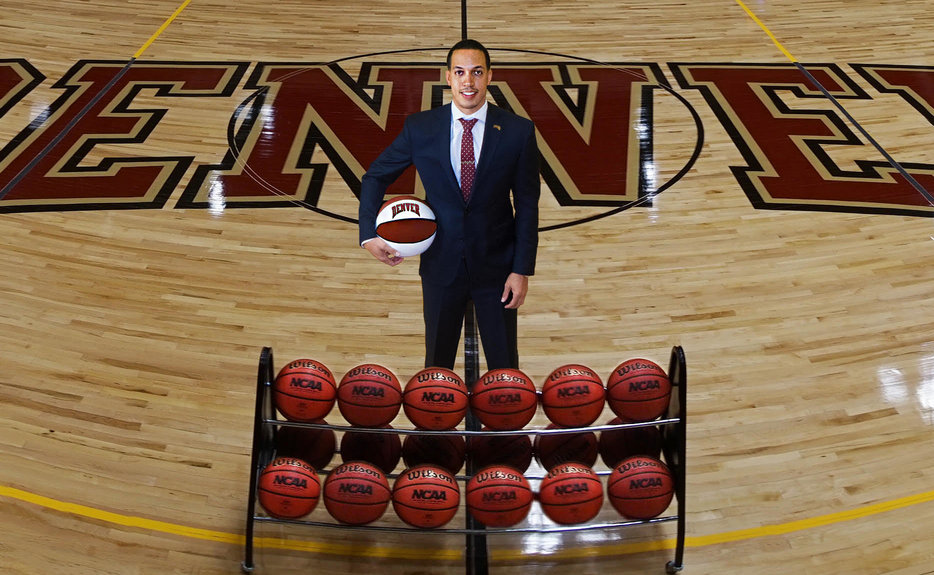 University of Denver athletics is known for their dominance in both hockey and lacrosse, as both have reached the championship spotlight in recent years. Now the men’s basketball program is hoping to enter that spotlight as well.

The program took their first steps towards that goal, as the Pioneers hired former point guard Rodney Billups as the team’s new head coach to replace Joe Scott after nine-years on the job.

“I can’t put it in words, how excited I am and thankful for the opportunity. It’s like I am back home,” says Billups who is elated for his first head coaching job and the work ahead. “Being able to start my career here and understand the culture before I even got here, it gives me a huge competitive advantage into starting and hitting the ground running.”

Billups played for DU from 2002-’05 and returns to his alma mater, after being an assistant coach with the Colorado Buffaloes under Tad Boyles since 2012. While in Boulder, Billups says he learned a lot from Boyles about mentoring not just young players, but young men.

“How to be a professional on and off the court”, he says regarding the values Boyles taught him. “College basketball is amazing, in the sense that you get a group of kids from 18 to 22, 23 years old, and you start that development as young men.”

Billups was an important and popular coach among the players at CU. Coming aboard the Buffs, in 2010 as director of basketball operations, then being promoted to a full-time assistant coach in 2012. The Buffs reached the NCAA Tournament four-times while Billups was there and now he hopes the Pioneers could experience March Madness, something the program has never done. That, Billups says, is the long-term goal.

Indeed the hire of Billups has created much buzz and excitement for the Pioneer faithful, and he wants this to be emulated on the court with his team.

“Some excitement with the new style of play, some energy. Hopefully our team can run and jump and dunk and get some energy into the crowd.”  That is what fans should expect at Magness Arena next year, says Billups who adds,  “It will definitely be a different experience from last year to the new year.”