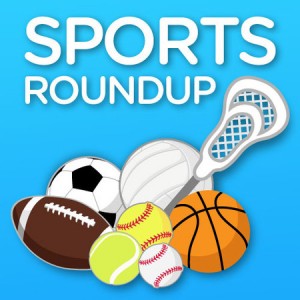 Here’s an overlook of some of the big sports stories that transpired this weekend! As always, there was a little bit of everything!

This weekend’s match ups in European soccer explain why this is the greatest sport. In England you had the greatest British rivalry taking place as Liverpool hosted Manchester United. In this tight affair, a 4th minute goal by Daniel Sturridge was enough to earn Liverpool the 1-0 victory. The second anticipated match in England was the North London Derby which is always a testy affair between Arsenal and Tottenham. An Oliver Giroud goal in the 23rd min was enough to earn Arsenal all 3pts. So, home wins for both Liverpool and Arsenal highlighted the Sunday fixtures in the EPL. There were wins this weekend also for Manchester City (2-0) who responded from their shock loss to Cardiff last weekend. Newcastle United, Norwich City, Crystal Palace, Stoke City, and Swansea all picked up wins. After three matches in the EPL, Liverpool is the only unbeaten team and still have yet to concede a goal.

In Spain, Real Madrid strolled to victory easing past Athletic Bilbao 3-1. FC Barcelona won a tough away encounter at Valencia 3-2. Lionel Messi scored three goals in 40 min before Valencia responded with two quick goals before HT. FC Barcelona would hold on in the 2nd half for the win. Wins for Atletico Madrid and Villarreal as well, meant that there are still 4 unbeaten teams in La Liga after 3 games. In other domestic leagues around Europe, there were wins for Italy: AC Milan (3-1), Inter Milan (2-0), Juventus (4-1), and Roma (3-0). Germany: Borussia Dortmund (2-1). France: PSG (2-0), Monaco (2-1).

Impressive wins for Clemson, Alabama, LSU, and Ohio State were the main headlines from the first weekend of the college football season. Undoubtedly, the biggest surprise of the first weekend was sub-division FCS school North Dakota State Bison defeating the Kansas State Wildcats in Manhattan, KA. Yes, the same Kansas State team that was in the Tostitos Fiesta Bowl this past January. NDSU is not your ordinary sub-division team as they are FCS back-to-back defending champions. This win by NDSU moves them to 7-3 all-time against FBS opponents. All in all this was still a stunning upset to start what it looking like another special college football season.

After another stellar round, Sergio Garcia heads into tomorrow’s Labor Day finish of the Deutsche Bank Championship holding a two shot lead (-19) over Henrik Stenson, and a three shot lead over Graham Delaet and Steve Stricker. Sergio Garcia recorded a stellar round of 65 and looks to be in prime position. Tiger Woods shot a 1-over 72, and fell to 13 shots back of Garcia at the end of play. Be sure to read Josh Sisco’s recap tomorrow of the Deutsche Bank Championships and to see an updated look at the FedEx Cup standings with two events remaining. (http://lightningrodsports.com/stenson-wins-deutsche/).

A big shout out for Todd Helton as he recorded his 2500th hit this afternoon in a Colorado Rockies 7- win over the Cincinnati Reds. Todd Helton became only the 96th MLB player to reach this milestone and the ‘Toddfather’ has cemented himself in Colorado Rockies baseball lore and should absolutely be in the HOF one day. Read Dave Land’s extended look at the sparkling career of the Rockie great, Todd Helton: http://lightningrodsports.com/todd-helton-face-of-rockies-baseball/

Metro State men’s soccer team played their last pre-season game Sunday afternoon against Northwest Kansas Technical College, who are a junior college. Unfortunately, Metro State was not able to please the large crowd with a 2-1 defeat. Not a great way to end the pre-season for Metro’s men’s soccer team. Now focus shifts to Friday as the Roadrunners open their season against Western Kentucky, with more questions rather than answers.

Sammy is Studying Sports Industry, Marketing, and Broadcast Journalism at Metro State University of Denver. He's an Intern with the Colorado Rapids Youth Academy, and a Volunteer for the Metro State Broadcast Network.