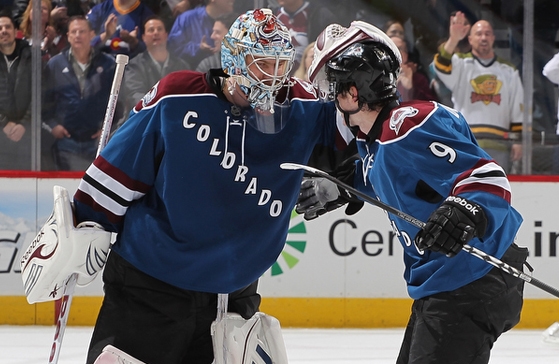 Holy cow, the magical start to the season lives on! With the 3-2 victory over the Dallas Stars, the Avalanche improved to.. good heavens, 6-0-0.

Whether it be the “no one expects us to do much” or the “us against the world mentality,” the Avalanche are one of the two perfect teams remaining in the NHL nonetheless. Along with the San Jose Sharks, the Avalanche have yet to lose a single game through six, and that’s so very hard to do in the NHL, even for the best teams in the league.

How do they do it? More like, how in the world could they lose? We’re seeing some of the best hockey that’s been played in the Mile High City in quite some time. That’s what happens when the team is getting contributions from every single member of this team. 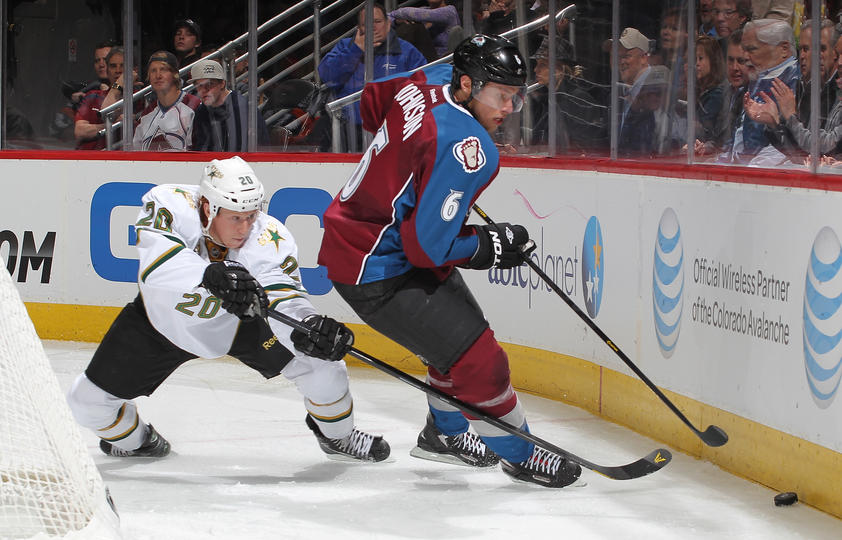 HOLD DOWN THE BLUE LINE – The defensive corps has played stellar thus far for the Avs behind 7-year defenseman Erik Johnson. [Photo Courtesy of ColoradoAvalanche.com]

You start with the defensive corps. From Erik Johnson who just might be the most improved member of this team with his stonewalling of opposing forwards, to the off-season additions of Cory Sarich and Nate Guenin who haven’t played a bad game yet for this team, the defensive corps was what all doubters were pointing at headed into this season, including myself. They’re playing some solid hockey.

When your defense plays this well, it makes things a piece of cake for the goaltending. And holy heavens, how about the play of Semyon Varlamov. Five starts, five wins. Tonight against Dallas, Varly flashed his pads on multiple occasions and doesn’t look like a goaltender who went 11-21-3 only a season ago. Varlamov stopped 39 of 41 shots against the Stars, allowing more than one goal for the first time this year. “You need some good goaltending every night,” said Head Coach Patrick Roy. “That’s what we’ve been lucky with from both our guys.” 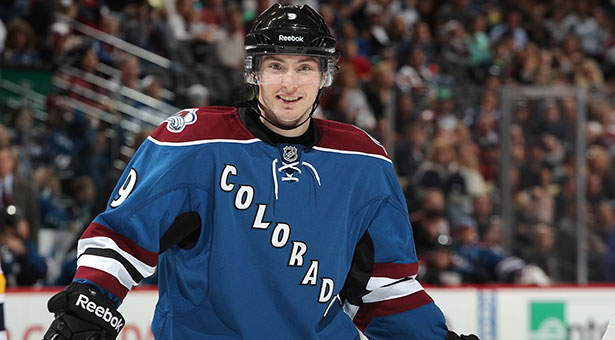 EARNING THE DOUGH – Matt Duchene got himself a five-year contract over the offseason, and he’s earning it so far in 2013-14.

And then the goal scoring. There is an argument to be had that the Avs might have one of the best top-six forwards groups in the league. Matt Duchene, who earned himself a 5-year extension over the off-season, added a pair tonight against Dallas, one coming on the delayed penalty against Dallas where he roofed Stars goaltender Dan Ellis as the extra attacker. Duchene now has five goals in six games this season, which leads the Avalanche. His second goal was his 200th career point with the Avs, and he’s happy to get the W. “We found ways to win,” Duchene said. “We’re not going to be the best team every night, but finding ways to win like we did tonight is what we try to do.”

How about this rookie from Halifax, folks. Nathan MacKinnon, the first overall pick in the draft just a few months ago, tallied his SIXTH assist tonight against the Stars, and is tied for the point lead with Duchene. This kid is good, my friends. With his incredible speed, MacKinnon just has that ability to get the puck on the stick of his teammates. He’s making it easy for the rest of his Avs. Especially his linemates Jamie McGinn and P.A. Parenteau. Easily the best line through the first six games, they’ve been dominating the opposition and that give the other Avs lines the opportunity to find success. 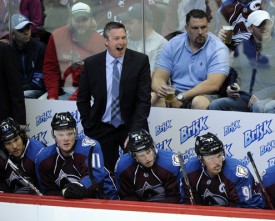 LET EM HAVE IT, COACH – Patrick Roy is doing something right. He’s got a chance at NHL history if his squad can defeat the Red Wings on Thursday.

The best part about this incredibly start for the Avalanche, is the chemistry that this team has built behind rookie Head Coach Patrick Roy. With the win over 3-2 win over Dallas, Roy becomes the second first-year coach in NHL history to start the season with six straight wins. “Patrick has been amazing,” Duchene said. “It’s been great to play for him.”

The Avs will look to break a few records when they uh.. “welcome” the Detroit Red Wings to town this Thursday. With a victory, Patrick Roy would become the first head coach in NHL history to begin the season 7-0-0, along with that the Avs could tie the record for the best start in franchise history dating back to the Quebec Nordiques days. “It’s not something that I’m looking at,” Roy said. “I’m not too excited about the record, I’m more excited about how our team has been playing and how our team has been working.