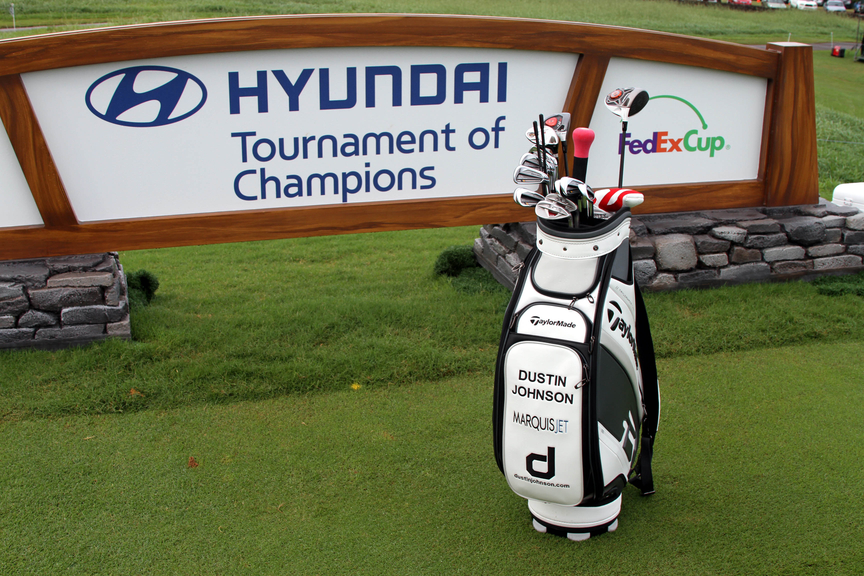 The first official PGA Tour of 2015 kicks off Friday with the Hyundai Tournament of Champions in the beautiful state of Hawaii.  This tournament only consists of players who had a victory on tour in 2014.

This was originally set up to be a stacked field, but unfortunately some of the best players in the world have opted out of the tournament. These include Rory McIlroy, Adam Scott, Justin Rose and Martin Kaymer.  However, even though all four of these golfers currently rank in the top 12, there is plenty of world class talent in the field.  Since this is a winner’s only event, there are only 34 players in the field, which makes actually makes it easier to follow than the other tournaments that have upwards of 125.  The main attractions in the field include Masters Champion Bubba Watson, Jason Day, Hunter Mahan, and last year’s winner Zach Johnson.

This course is a rare par 73 and a daunting 7,411 yards so this will definitely favor the big hitters in the field, however some of the par 5s are reachable in two for even some of the shorter hitters on tour to help even things out.  Two holes that will be very interesting to watch during the tournament are holes 14 and 18.  Hole 14 is a 305 yard par 4, which can be drivable if the wind is going in the right direction.  It will be interesting to see how many players will take iron off the tee to set themselves up for an easy second shot, and how many take out the driver and go for the green in one.  The 18th and final hole is one of the longest on the entire PGA Tour measuring out at 663 yards.  As intimidating as this sounds, the hole actually plays much shorter because it is downhill and mostly downwind, and can be reachable in two with back to back great shots.  Coming down the stretch in round four it will be appointment television to see how the golfers in contention chose to play this hole.  Although everything has pointed towards a big hitter having the advantage at this course, last year’s winner, Zach Johnson, is actually one of the shortest hitters on the entire tour.

The favorite going into this tournament is Bubba Watson at 11-2 odds, and rightfully so.  He is coming off his best season of his career including a second Green Jacket, and already has a victory in the 2014-2015 wrap around season.  His long game fits this course perfectly as long as he can stay in the fairway and control his short second shots.  Bubba Watson should be in contention come the final round, but he is not my pick to win this week.

Patrick Reed is a young, up and coming golfer on the PGA Tour, and at the age of 24, he already has three wins on Tour including a World Golf Championship victory last March.  I believe Reed is going to have a big breakout year in 2015 and I believe it will start this week in Hawaii.  He is currently listed at 19-1 to win so for all of the gambling types out there, Reed could lead to a big payout if he pulls out the win.  The 34 player field tees off Friday at 10:10 AM local time which is 3:10 PM EST or 1:10 PM MST, and goes until the Final Round on Monday afternoon.