Scandals Have Changed How We View Sports 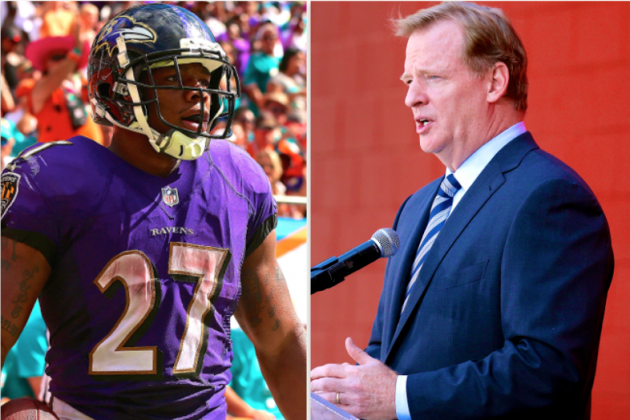 With TMZ and smoking gun blogs, we hear news about athletes, coaches, managers, owners and general managers in a negative light so often. Incidents have become more of a talking point. Sports radio and newspapers feast on topics like this.

This week has been another typical week when it comes to incidents in sports. It started with TMZ showing Ray Rice beat his then-fiancée Janay Palmer in an elevator at Atlantic City. Then, we heard about Hawks owner Bruce Levenson telling Hawks general manager Danny Ferry that blacks are scaring off whites from attending Hawks games. That followed up by Ferry telling his boss that Luoi Deng has some African in him. Finally, we hear news former Rangers manager Ron Washington had to resign after rumors of him sexually assaulting a Japanese reporter.

What’s surprising is there was no incident today in sports.

We have become numb to this now. We look at sports as corrupt. That’s sad. It started with Jerry Sandusky being arrested after molesting young boys years ago, and disgraced Penn State coach Joe Paterno covered everything up. Then, there was former Rutgers men’s basketball coach Mike Rice throwing basketballs at his players and cursing at them. Then, there was Donald Sterling talking about how he is not crazy about his girlfriend V. Stiviano hanging out with black people.

One would think these people would have self-awareness that they can’t be acting stupid like they used to anymore. Not with advanced media, cell phones and others are monitoring every move every second. It’s a different world they live in now. This is not the past anymore where no one knows.

If we heard about all this now, we can only imagine what it was like for five decades with other sports figures. We probably would know stories that we never knew about past sports figures. For all we know, the Broncos, Avalanche, Rockies and Nuggets may have plenty of wife beaters, drunks and anyone doing criminal things back then. Same can be said for any sports team.

The nice thing about transparency with the new media today is no one can hide. Everyone will be held accountable in the court of public opinion. It’s about time. Sports figures can’t get away with stuff than an average person wouldn’t. It’s time both are held to the same standard.

With that said, it’s sad to see we spend more time talking about social issues on sports. It’s the type of stuff that makes one say the crap hits the fan, especially if it impacts our teams that we root for.

Sports should be about talking about what happened during the game. It’s more fun to talk and write about what a player did to win the game. Talking sports is much better when we can talk about athletes in a positive light. Who doesn’t like talking about Peyton Manning throwing touchdown passes after passes or Nathan MacKinnon doing his thing with the puck or LeBron James scoring at will? This is what young kids want to see in sports.

It’s getting to the point now kids are asking their daddies about why there are so many bad guys in sports. Often times, we talk about the bad in sports. We can’t help ourselves since these guys make it easy to talk about their issues.

If there is something we learn about all this, it is that sports are not immune to the issues that we face in the real world. Sports figures are no different than the average person when it comes to personal flaws.

If anything, shame on us for making sports figures bigger than life all these years. We look at them as heroes for helping our teams win games. We want championships so badly that we idolize these guys to help us make us so happy.

We get what we deserved when we get disappointed by athletes, general managers, managers, coaches and anyone associated with sports.

For all the criticism Charles Barkley received when he said athletes are not role models in a Nike commercial he once made, it turned out he was right all along and we were wrong.

Athletes and other sports figures should behave like role models, but we shouldn’t be idolizing them because they win games. We should like them for their character. Unfortunately, there is none of that anymore.

Barkley must be chuckling at us for how naive we were back then.

For us to learn now that athletes and other sports figures are as crooked as others in the real world, shame on us.

Don’t expect anything to change with sports figures. It’s going to be worse before we get better.

The days of talking about the games will still be there, but it won’t be the same like the good ol’ days. Sports are viewed now in such a negative light.

The new media has changed all that when it comes to exposing sports figures.

One Response to Scandals Have Changed How We View Sports