Ring of Fame Is Better Place With Reeves 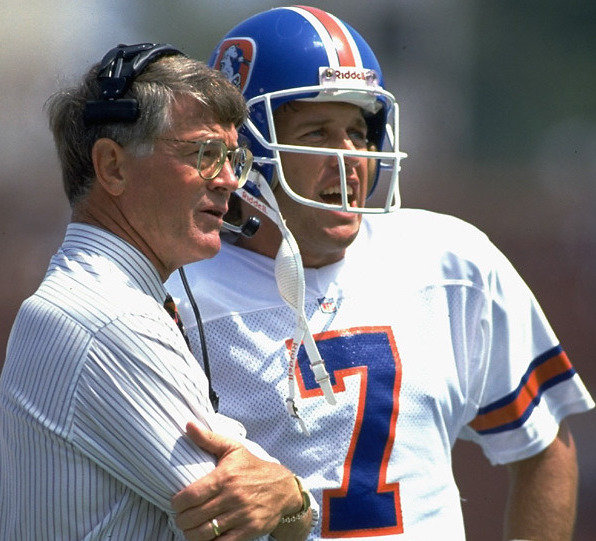 After being inducted in the Broncos Ring of Fame in May, Dan Reeves has been preparing for this weekend these last few months. It was not only just coming back home where he made his mark, but he was being honored by the Broncos for his service.

This is a long time coming for these men, especially Reeves. The former Broncos coach should have been there long time ago. Because Mike Shanahan was coaching the Broncos at the time, there was no way he was going to be in the Ring of Fame quickly after he and Shanahan had their feud when they worked together for the Broncos. Reeves felt his former offensive coordinator was undermining him when it came to designing plays for then-Broncos quarterback John Elway. By firing Shanahan, he had a feud with Elway, too. The Hall of Fame quarterback wanted to be a gunslinger on offense, and Shanahan’s offense helped him to be in that position. That was not what Reeves wanted, and it got ugly to the point he was fired as soon as the 1992 season was over.

It was a shame Reeves was remembered more for his inability to work with Shanahan and Elway in the end than his work as Broncos coach.

Yes, Reeves was stubborn and he should have been flexible. He played a role in being fired. Coaches need to be flexible when it comes to having his player be in a position to succeed, especially a great quarterback in Elway. Still, it would be an injustice to remember him that way.

This means something to him. He put in his heart and his soul into his job. He wanted to be a Broncos coach for life. He felt he could have won a championship as Broncos coach despite falling short couple of times in the Super Bowl.

It didn’t happen, so being in the Broncos Ring of Fame is the next best thing for Reeves.

He always had his team prepared every game. He knew what he was doing in having his players succeed on gamedays by coming up with a game plan that utilize their strengths.

What stands out about Reeves is his class. Most football coaches are aloof these days. They are self-absorbed, too. They give media members nothing to write about when it comes to pressers. At least with the former Broncos coach, he gave the media any information they wanted. He was always fair with his players, which is why they respected him enough to play for him.

Reeves is not the best Broncos coach ever. He could have been the best if he won one Super Bowl. Lack of championships will always elude him as coach. It’s something he regrets often.

Still, it says something about him as a coach that Broncos fans appreciate him for his work.

Last night was special for Reeves. He had to chance to see his pillar at Sports Authority Field at Mile High along with a drawing of him as a head coach. He had a chance to talk to Broncos greats that are in the Ring of Fame.

Nothing will top tomorrow for him when he hears a standing ovation from the fans that grew up rooting for him.

This is a chance for Reeves to thank the fans for their support to him.

This is a chance for Pat Bowlen to see him while he still has his health.

This is a chance for Elway and Reeves to finally talk and appreciate each other for a few minutes even if there are some hard feelings.

Watching Reeves will be special for many of us tomorrow. He meant a lot to the Broncos.

This honor was long-time coming.