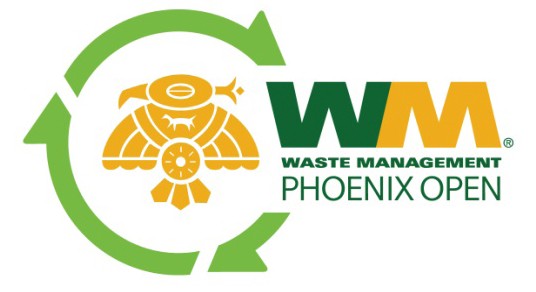 One of the PGA Tour’s most exciting stops, and one of my favorite tournaments of the year is finally here.  The Waste Management Phoenix Open is a very popular spot on the Tour and this year will bring it to a new level.

With the event being held in Scottsdale, Arizona, this event takes place just a few miles away from this year’s Super Bowl.  Another big draw this year is that Tiger Woods will be participating in this tournament for the first time since 2001.  This tournament always brings in record attendance numbers, but with these two factors this year, they can expect to shatter the previous record.  What makes this event so much different than every other tournament on Tour is the infamous Par 3 16th stadium hole.  This hole alone can hold about 20,000 spectators and loud noise is actually encouraged.  The rowdy fans will cheer loudly if a player hits their tee shot close, but they will have to be careful because if the ball rolls off the green or lands in the bunker, a reign of boos will take over.

Since this is such a popular event with the fans of golf, it attracts many big names throughout the Tour.  This year the main attraction will be Tiger Woods, but there will be other big names there as well.  These include, Bubba Watson, Jordan Spieth, Phil Mickelson, and Rickie Fowler.  With so many big names it is almost impossible to pick a winner, but I am going with Jordan Spieth.  Jordan is currently ranked 9th in the world and his odds to win are tied with Bubba Watson at 14/1 as the favorites.  However, the main reason that I believe that he will have a good week is because this is the first big tournament that he will participate in since he signed a 10 years extension with his sponsor, Under Armour.  The exact numbers of the contract were not disclosed, but there has been speculation that the deal is close or at the 9 digit mark.  With this extra motivation to impress his sponsors, look for Jordan Spieth to have a big week down in Arizona.

A sleeper to keep an eye on this week will be Ryan Palmer.  Palmer put on a show last week in California at the Humana Challenge during the second round where he matched the longest eagle/birdie stretch in PGA Tour history.  After opening with two pars, Palmer then went on to go 10 under on the next eight holes, and ended up with a 61 on the round.  Palmer finished T10 last week, but should be riding some momentum into Scottsdale this week.  His odds currently sit at 30/1 so I believe there is a lot of value on Ryan Palmer to win.