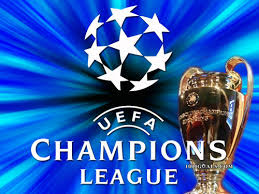 The group stage draw for the 59th installment of the European Cup has been set. This is the 22nd installment since it was renamed the UEFA Champions League in 1992.

The draw took place yesterday in Monaco, as well as the award for Best Player in Europe which was won by Franck Ribery(Bayern Munich) beating out last year’s winner Lionel Messi(FC Barcelona) and Cristiano Ronaldo(Real Madrid).

Below are the 32 teams that have been divided into 8 groups that will contest Europe’s premier soccer tournament. Each team will play the other three teams in their groups twice both home and away with the best two teams in each group qualifying for the knockout rounds. If there are more than two teams with the same point total after all matches have been played, goal differential (goals for and goals against) will decide who qualifies for the knockout stages. The first match-day will take place September 17/18.

After the draw, odds-makers still see FC Barcelona as the favorites, followed by defending champions Bayern Munich, and Real Madrid rounding out the top 3.

The stage is set for Europe’s premier club tournament. Fans know the grueling trek that awaits their respective teams as they all dream to be in the showpiece final at the Estadio de Luz in Lisbon, Portugal on May 24th, 2014!

Sammy is Studying Sports Industry, Marketing, and Broadcast Journalism at Metro State University of Denver. He's an Intern with the Colorado Rapids Youth Academy, and a Volunteer for the Metro State Broadcast Network.