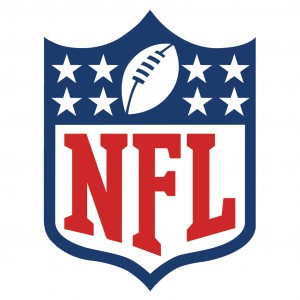 My apologies for missing last week, however we are back and better than ever.  I did end up going 3-1 last week by winning with San Francisco, Arizona, and New Orleans, and losing because Cincinnati could not move the ball against Cleveland.  This week has some pivotal games for many teams and should produce some great results.

It is not everyday that an undefeated team at this point in the season is an underdog, but this is what we have this week.  Nobody is giving the Patriots any credit for being 4-0 this season, but I think they are better than people are leading on.  Gronk still may not be back, but Brady is doing just fine with the new receivers and they are progressing every week.  On the other hand, Cincinnati looked absolutely terrible against Cleveland, and even though they are having somewhat of a resurgence, the Bengals had no right to lose that game.  Now facing a much better team in New England, I believe Cincinnati continues to struggle.

Carolina is coming off of their bye week so they have had the extra week to prepare against this offense that has not impressed me the last couple weeks.  Arizona did sneak out a win for me last week, but that was against Mike Glennon and the Buccaneers who are in shambles right now.  Facing a legitimate quarterback in Cam Newton who finally has a decent running game with Deangelo Williams, and if that continues, I do not see any reason why the Panthers cannot win this game.

Normally I would stay away from a spread this big, but it is hard not to bet against Jacksonville at this point.  They have looked absolutely awful this whole season and I do not see them turning it around anytime soon.  Blaine Gabbert just does not have what it takes to be a good quarterback in the NFL and Maurice Jones Drew has not had the big year that I thought he would before the season started.  St. Louis is not a great team, but they can put up points, and playing at home against this Jacksonville team should result in a big win.  It may be close at the end with a garbage touchdown for the Jaguars but the Rams still should cover.

The Chiefs are the surprise team in the league this year by starting out 4-0 and there is a great chance that they can move to 5-0.  The Titans have looked better than most people thought they would, but with Jake Locker down, Ryan Fitzpatrick steps up.  Fitzpatrick is not a horrible quarterback and has a lot of experience starting games from his play up in Buffalo, but Locker showed some real improvements this year and I believe that him going down hurts this team a lot.  For Kansas City, Jamaal Charles has looked great this year and should continue being an elite runner, and if Alex Smith takes care of the ball and does not turn it over, the Chiefs will continue to give the Broncos a run for their money.