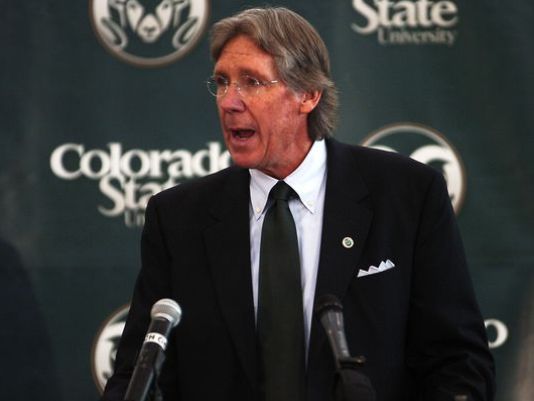 For the outsiders, the firing of Colorado State University athletic director Jack Graham was news. For anyone close to the situation, it wasn’t surprising Graham lost his job. The timing was odd considering the sports season is about to start for CSU athletics.

Obviously, problems surfaced with Graham and CSU president Tony Frank about building a new football stadium for the program for a long time. Graham has been persistent in talking about raising money to build a campus stadium as a way to attract recruits and move in a power conference like the Pac-12 or Big 12. He wanted to find a way. The university wanted to give up on it after realizing the money is not there for a stadium, and they did not want Graham to use any more private funding from the school. The donors and the alumni were not interested in donating, either.

Graham had big ideas. He not only wanted the Rams to be good in their respective sport, but he wanted to turn their revenue programs into a powerhouse. He wanted to put them in a major conference. He talked about wanting to be a national contender. He put so much money in upgrading facilities. He hired good coaches in football coach Jim McElwain, men’s basketball coach Larry Eustachy and women’s basketball coach Ryun Williams.

His programs have been respectable. It’s hard to complain about the former athletic director with the limited funds he had to work with. Overall, his tenure is a success.

Guys like Graham are going to be hard to find. CSU can do a nationwide search in finding an athletic director, but one has to wonder why any athletic director would like to work in Fort Collins when the program does not have money, not to mention CSU has had athletic directors come and go since Fum McGraw retired in 1986.

Unless Frank can find that right athletic director who shares Graham’s vision, it’s going to be tough to keep the coaches sooner or later. This is why Graham’s firing is troubling.

It’s going to be interesting where Colorado State goes from there. Forget about a new football stadium. It seems this is a lost cause. The university is not going to fork up any more money and donors and alumni won’t, either.

Odds are Colorado State will hire from within. John Morris was hired as an interim athletic director, and he is a good bet to retain his job. He has been Graham’s deputy AD since July 2012, and he has been involved in making decisions with the athletic department while Graham focused on fundraising. This is probably the best they can do.

This hiring is troubling in so many ways. Graham was one guy who knew what he was doing. He did all he could to make Colorado State matter in the college sports landscape, which is hard to do.  He was the right guy and the best guy to get that stadium deal done. He was close to raising $110 million to build a stadium. Who knew what went wrong?

Firing Graham does not help Colorado State be better. This is a loss all around, and coaches made a point not to hide their feelings about how he is going to be missed.

Colorado State thought they had stability going with Graham. They thought he would be an AD for the next 10 years. Who can blame them when everything is going good for the revenue programs?

Now, it’s square one for CSU. It’s what they do best which is hiring the next AD that can lead the university to the promise land.

Graham was the best they probably could do. It’s hard to believe they can find the right guy.