What Rapids Need to Do During Offseason 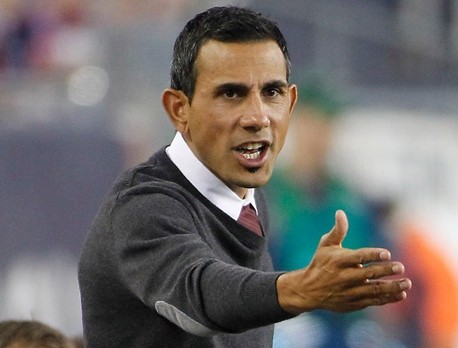 After a really exciting, impressive start and a dismal finish, the Colorado Rapids need to address some issues before going into the next season.

Midway through the 2014 MLS season, the Colorado Rapids looked to be a serious playoff contender in the Western conference. But after the World Cup break, it was impossible to find any wins. To ensure a better campaign next season the Rapids must do three things…

Find a reliable healthy back four. Last year, the Rapids defense was always different from game to game. There was never any consistency. Shane O’Neill and Drew Moor are great Centre-Backs but with Moor coming off a torn ACL, there are still some holes that need to be filled. The goal keeping of Clint Irwin is good enough that if we could find sustainability in our defense it would greatly benefit the team.

Last year, we were always losing in the first 15 minutes. Having a Twinkie to run towards is great motivation but if that Twinkie is made of poison then you mind as well ignore it. If Pablo Mastroeni wants to continue coaching his former club, he has to not fall behind early. If they make sure that their defensive shape is tight and they are not overzealous, that is how they will start to rack up the wins.

The infamous Stan Kroenke is the largest shareholder in one of the biggest European Soccer clubs: Arsenal. They are partnered clubs, yet they have not shared anything yet. The MLS has the Designated Player system where MLS teams can purchase more big name players but only pay a portion of that player’s salary. Rapids president, Tim Hinchey, has told reporters this off-season that they will be spending significant amounts of money this off-season. If he purchases a big name, he also shouldn’t forget about Arsenal.

Premier League and MLS have always had a special relationship when it comes to sharing players; Landon Donavan playing for both LA Galaxy and Everton, Clint Dempsey playing for Seattle Sounders and Fulham. The MLS trend lately has also been to purchase players near retirement. A big name player from Arsenal that we could purchase could be Mathieu Flamini; a Centre Defensive Midfielder that would help our defense and help contain those early conceded goals. But we shouldn’t stop there, why not take a loan out on a player that Arsenal would like to have more first team playing time? Serge Gnabry, is a 19 year old German winger who has pace to get to goal and the finishing skill to score. These two players would be the perfect combination for this upcoming Colorado Rapids season; With Flamini helping out the defense, and Gnabry to go on the counter attack with. Let’s keep our fingers crossed Rapids Fans, that something along these lines will happen!!!