Final regular season game of the year and some damn big games on the line. More importantly, Black Monday is right around the corner!!!! Let the drama and firing begin!!!!!

“If you aren’t fired with enthusiasm, you will be fired with enthusiasm.”  Vince Lombardi, and Smitty is absolutely fired. The cluster that the Falcons have become is awful, not sure if Atlanta is a bigger disappointment or Houston. Hard to tell the difference actually. The Panthers cover and cover easy. My first DELIGHT Pick of the Week!!

Why do you even care about this game? My goodness these teams are bad. Billie Joe Armstrong once said, “There’s nothing wrong with being a loser, it just depends on how good you are at it.”

The Browns have lost 24 of 27 games played against the Steelers.  “We must accept finite disappointment, but never lose infinite hope.”  Martin Luther King, Jr. Which is what the Steelers need to secure a playoff spot but if they have a chance, Mike Tomlin and Big Ben will make sure it happens. The Steelers and lay the points 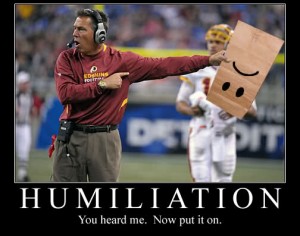 “To write a diary every day is like returning to one’s own vomit.”

When the Bengals are “good, I’m very good. But when I’m bad I’m better.” Mae West and Cincinnati are very good teams. Even good enough to beat Broncos in the playoffs. Only Andy Dalton will hold them back.   Take the Bengals in this game.

“In a man-to-man fight, the winner is he who has one more round in his magazine.” Erwin Rommel, with the Colts having a hell of a lot more rounds in the magazine than the Jaguars do. Still, Jacksonville may not win games but they sure bust the spread. I’m taking them here too. Jags +11.5

I am taking the Jets, only reason I can think of is that, “Oh, you are nuts. N-V-T-S, nuts!” Swiftus

Peterson made the Pro Bowl but won’t win this game. Lions all the way!!!

“Most exciting for me was to make the pro bowl in 14 of 15 years.”  Merlin Olsen

Rodgers is baaaaccccckkkkkk!!!!!! And Cutler is still Cutler… Green Bay wins the NFC North, DELIGHT Pick of the Week. “I got my own back.” Maya Angelou

All the waste in a year from a nuclear power plant can be stored under a desk.” Ronald Reagan or that waste could fit in the Bill’s locker room.  Pats cover.

This could be a backdoor cover for either team, against that big of a spread I’m taking the Buccaneers.  “A poem begins in delight and ends in wisdom.” Robert Frost, a DELIGHT Pick of the Week!!

Oakland  has had seventeen quarterbacks in the last eleven years. “Just cause you got the monkey off your back doesn’t mean the circus has left town.” George Carlin. But the Bronco’s win this game by halftime and Oakland throws some back door points at the end. Denver doesn’t cover, I’m taking the Raiders.

“My work is a game, a very serious game.” M. C. Escher and this is a very big game.  It’s amazing how the NFC West has turned around in the last couple of years from NFL doormat to powerhouse.  Should be a great game and I’m taking the Cardinals.

San Diego is going to stay at home and “Well, that’s where we go a-ridin’ into town, a-whompin’ and a-whumpin’ every livin’ thing that moves within an inch of its life. Except the women folks, of course.” Taggart.

The Chiefs have nothing to play for, locked into the five hole as they are. In fact, I don’t think Kansas City could beat them if they had to. I’m taking San Diego by two touchdowns, in fact I’m taking them as a DELIGHT Pick of the Week! Too late and too little for the Chargers though, they won’t make the playoffs.

Are the Seahawks the team that dominated the New Orleans Saints on a Monday night to go 11-1, or are they the team that has lost two of its past three games and struggled on offense? But then again, the Rams have nothing to play for.  I’m still taking the Rams to beat the spread in this game.  In the immortal words of Captain Oveur: “Joey, do you like movies about gladiators?” because this is going to be one hell of a game.

“Ultimately, if you can say that I’m a bad owner and we’re winning championships, I can live with that. But if we’re not making the playoffs and we’re spending and losing money, then I have to look in the mirror and say maybe I’m not taking the necessary steps to doing what it takes to run an organization.” Michael Jordan.  Unfortunately for Cowboy fans, the team makes money. Jerry Jones is the worst owner in professional football, his entire organization is an absolute joke and that always starts at the top. Romo isn’t playing and I’m taking Philly with a DELIGHT Pick of the Week!!

Cuss me or love me @WhizKid18

Shayne is a Colorado native with a life love of sports. He's been studying and loving this state and their teams for four decades.

One Response to Shayne’s Week 17 Picks!