Broncos Tickets 30% Above Average For Meeting With Dolphins 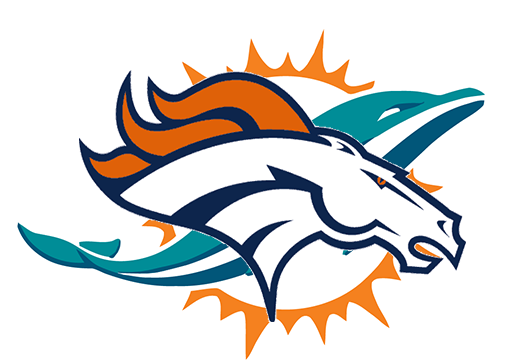 With a 6-1 record and sole possession of first place in the AFC West, the Denver Broncos have three home games remaining in the regular season. The Broncos took a promising win from the Chargers last week and further solidified themselves as the most dominant team in the division.

The team’s remaining home schedule is now relatively light as they set to welcome the Dolphins, Bills and Raiders through the end of the season. Despite the weak opposition, secondary ticket price still remains high for each remaining game at Sports Authority Field.

The average price for Broncos tickets over the team’s final three home games is $314.82 on the secondary market. The biggest game of the season, though, will come on the road as Denver heads to New England to play the Patriots. The average price for the game is currently $501.91, one of the most expensive games in the NFL this season.

Denver’s next game at home against the Dolphins won’t be held until November 23, but the long interval between home games to see the Broncos play has allowed its Week 12 game to exceed a $400 average. Broncos vs Dolphins tickets currently see a $410.23 secondary average, 30.3% above the Broncos’ remaining season average, and get-in price starts at $168.

By that time, the Broncos may have a considerable lead in the AFC West if the Chargers continue to falter as the season continues. The Broncos will next welcome the Bills to Denver on December 7, where average secondary price for Broncos vs Bills tickets is $295.07 with a get-in price of $105. The Bills have shown promise this season and currently own second-place honors in the AFC East with a 5-3 record, but their Week 14 matchup against the Broncos will likely be their most difficult game of the season.

The lowly Raiders travel to Sports Authority Field on December 2 but will still garner significant ticket prices on the secondary market. The average secondary price for Broncos vs Raiders tickets is $297.37 and get-in price starts at $110. The early-December game will be the second time the two teams meet this season, with a Week 10 matchup in Oakland serving as the first. The Raiders have posted a league-worst 0-7 record through the first eight weeks of the season and will likely continue to struggle in the second half of the season.

The Broncos have seen secondary market ticket prices remain exceptionally high despite their weak remaining home schedule. It comes as no surprise that the team has seen plenty of secondary market success, however, as Peyton Manning continues to break league records with sights set on winning his second Super Bowl title of his career.