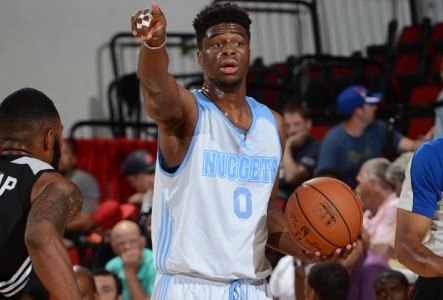 Fast-forward six years later since Lawson was drafted, it is possible the Nuggets have really found that needed point guard. His name is Emmanuel Mudiay. Drafted as the 18th pick in the 2009 NBA Draft, the Minnesota Timberwolves sent the rights of Ty Lawson to the Denver Nuggets giving the Nuggets hope they had found their future point guard. Read More →

There is no denying that the Denver Nuggets haven’t played as well as many would have hoped during the 2014-15 NBA season. From injuries to lethargic offense and disappointing play, Denver was just too inconsistent all season and it eventually led to the firing of head coach Brian Shaw. Read More →

The Nuggets players chanting “1-2-3… Six weeks” is the epitaph of this horrible 2014-2015 season for the Nuggets. It symbolized the problems that went on with the players and Shaw. It cost Nuggets coach Brian Shaw his job. Read More → 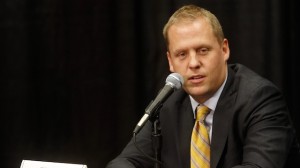 Nuggets general manager Tim Connelly earned his money yesterday afternoon. He actually made trades rather than doing nothing. No, he did not get a dynamic player that would be a difference maker. Let’s not get carried away. Read More → 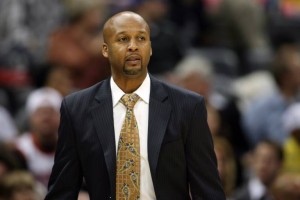 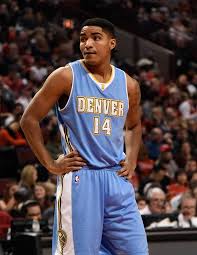 This is not what the Nuggets envisioned out of their first round draft pick this year. This is not what Gary Harris thought would happen when he was traded up on draft night by the Nuggets. This hasn’t worked out for both parties. Read More →

Say this about the Nuggets. They gave the Rockets their best. They did not give in when it appeared the visitors were going to take control in the fourth quarter. They even took a championship contender to overtime.

There was disappointment by the Nuggets after the game. They knew they blew a winnable game against a great Blazers team. They outplayed their opponent for most of the night. They knew this was about them more than what their opponent did. Read More → 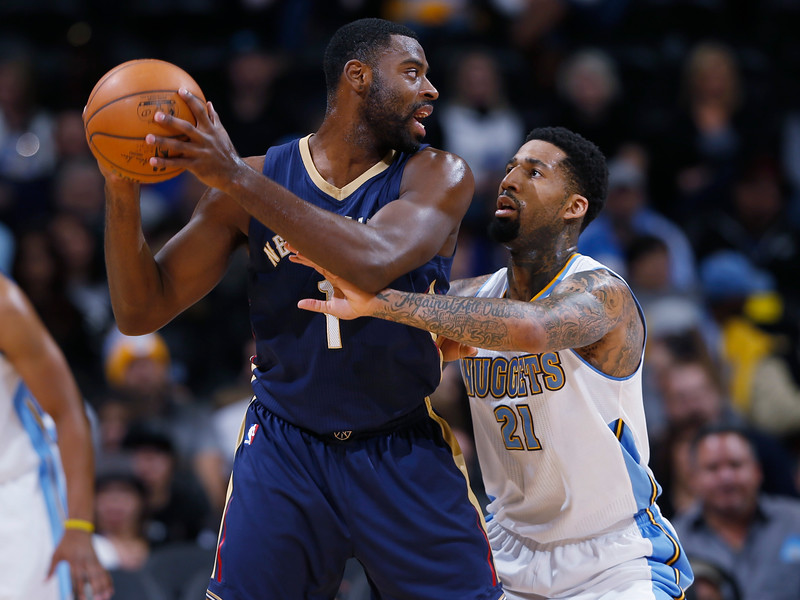 For all the talk about the Nuggets struggling on offense, no one points out the Nuggets have been so bad defensively in their poor start to the season so far. They were often outworked on the defensive end, and they were pushed around. They were standing around on defense. They displayed how soft they were in the first few weeks of the season.
Read More →

Show of hands here. How many Nuggets fans thought Brian Shaw would be coaching last night’s home game against the Thunder? Considering they all thought on social media that the Nuggets coach would not make it in the next homestand after this road trip, we have to assume not many thought this would happen. Read More → 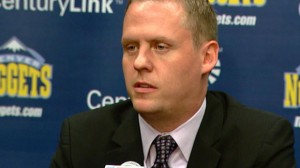 Brian Shaw is taking brunt of the blame for the Nuggets getting off to a 2-6 start. It’s part of the territory for a head coach when his team is losing games whether it’s fair or not. He knew the deal when he signed on to coach the Nuggets last year. Read More →

This feels like the Nuggets of  pre-Carmelo Anthony days all over again. The head coach is a beaten man. The players are not playing well, not to mention they don’t want to be on the court together. The Nuggets are piling up losses each game. That’s been the story of this young season so far. Read More → 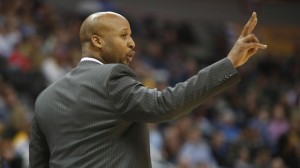 First-year Cavaliers head coach David Blatt did not anticipate a rocky start to his NBA coaching career. It’s hard to blame him when he has talented players in Kyrie Irving, LeBron James, Tristan Thompson and Kevin Love on his roster. Read More →