Complete 1st Round Predictions for the 2015-2016 NHL Playoffs 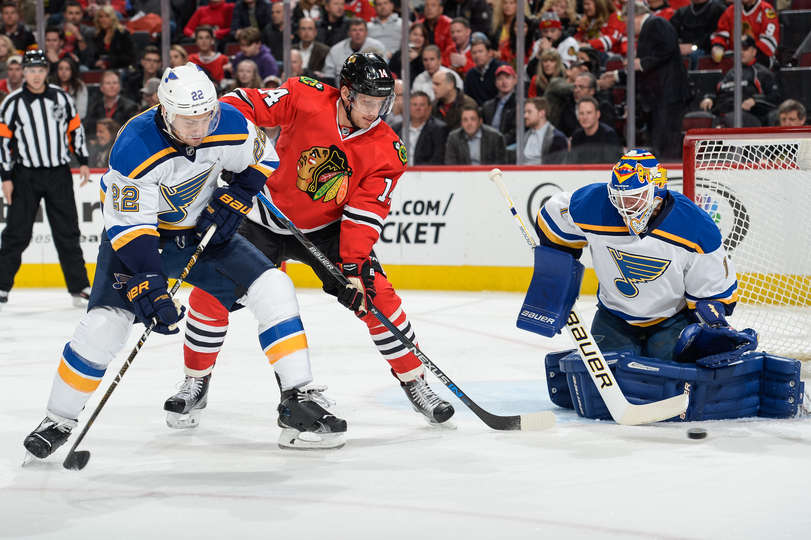 That’s right ladies and gentleman, it’s that time of year. Spring has arisen, baseball is underway which means it’s time for playoff hockey. These are how I see the first round playing out as the field will be narrowed down from 16 to 8 in just a couple of weeks time.

The one series that everyone is predicting to be the most probable sweep of the first round. The President Trophy winning Washington Capitals against a Flyers team that had to claw and scratch their way into playoff position. However, I think Philly put up more of a fight than people are giving them credit. This is a team that has been essentially playing playoff hockey for the last month. A team that hits hard and should give Washington’s skill players all they can handle. I expect a great series from Claude Giroux and Rookie Sensation Shayne Gostisbehere. We have seen the Capitals lose to an eight seed before in the playoffs after winning the Presidents Trophy. The difference in this team is Braden Holtby who will be phenomenal in this series and will be the difference.

One of the biggest coin toss series in the first round I could see this one going either way. The Penguins perhaps hockeys hottest team heading into the playoffs and sometimes thats all you need to get through the playoffs. They have gotten it done without one of the top players in Evgeni Malkin. The Rangers have a solid deep blue line and arguably the best goaltender in the game in Henrik Lundqvist. I expect Phil Kessel to be non existent for most of the series and I question whether or not Sid the Kid can put the team on his back for the entirety of the series against a very good Rangers Team.

Florida qualified for the playoffs for the first time since the 2011-2012 season and they have a nice mix of promising young players and veterans. The story with them this season is Jaromir Jagr who looks like he bathes in the fountain of youth before every game. Leading the team with 66 points at the age of 44. Mix that with the likes of Aleksander Barkov and Jonathan Huberdeau this team has a lot to be excited about. An early playoff exit is not out of the question though as they will be facing a seasoned veteran team in the New York Islanders who also have a lot to be excited about. They will be lead by Kyle Okposo and Jonathan Tavares. Lead on the blue line by Nick Leddy and Johnny Boychuck. They have a good group of guys who have been there before but I think the speed of the Panthers will be to much for the Islanders. Plus the Panthers seem to have good chemistry and locker room culture that the whole team has really bought into.

The Tampa Bay Lightning will be looking to make it back to the Stanley Cup Final after losing last year in six games. The big loss for the Lighting at the end of the year was the news that Steven Stamkos will not be returning for the playoffs. This has a lot of people skeptical about whether of not this team will be able to compete without him. I have every intention to believe that they will. This team is still stacked at every position. Expect the controversial Jonathan Drouin to have a big series after scoring in the final two games of the year for Tampa. Not to mention the triplets line and they are led on the back end by Victor Hedman. The Red Wings on the other hand are always a force to be reckoned with. Appearing in their 25th straight post season. With rumors swirling around the probable return to Russia of Pavel Datsyuk this Detroit team will be ready. Though questions in net still remain as Jimmy Howard and Peter Mrazek jockey for the crease. Expect Ben Bishop to steal some games and Tampa will roll to round 2.

The Minnesota Wild found themselves in an unexpected situation this year. A team that continued to make strides in the past few seasons took a big step back. They found themselves in a playoff battle with the Colorado Avalanche and fired their head coach this year. While they are here in the playoffs they come in dropping their last five games and are fortunate the Avalanche did so as well. The general feeling around this team is that the championship window is close to done and with Zach Parise out for the first two games things get tougher. Not that they aren’t already as they take on the best team in the Western Conference the Dallas Stars and even with Tyler Sequin’s status in question the Stars should advance easily.

Another toss up of a series and I could honestly see this one going either way. It’s always hard to pick against the Blackhawks as they have won 3 cups in the past 6 years and are the defending Stanley Cup Champions. They will get a boost getting Marian Hossa, Andrew Shaw and Corey Crawford back. They will be with out the services of Duncan Keith for the first game. The Blues meanwhile look as good and healthy as ever as they try and kick the monkey off their backs as they were eliminated by the Blackhawks last year. Although I think Chicago made to many deadline moves and haven’t been as good since the deadline they have enough experience and talent to down the Blues in a close evenly matched series.

Yes this is an upset as the Ducks are expected to make a deep playoff run. However, I like what Nashville brings to the table. They have a strong defensive group led by Shea Weber. They have more goal scoring talent than ever with Fillip Forsberg, James Neal and Ryan Johansen at the helm. The fact they have a monster goaltender in Pekka Rinne I think the Predators have the chemistry to pull off a round one upset and perhaps make a run deep. Anaheim will be a tough task though as the duo of Ryan Getzlaf and Corey Perry are as deadly as any in the league. A team thats one year removed from the conference finals and won the Pacific despite getting off to a woeful start this year is impressive. This is the year though I think Nashville makes the leap. Rinne steals a couple of games and they have the scoring to keep up with the Ducks.

California here we come. This is going to be the matchup of the playoffs as both of these teams have the cup on their brain and high expectations. These teams are very similar to one another and for the Sharks I think this team hasn’t had a better chance at the cup since 2010. They finally got the stabilization they needed in the crease with the addition of Martin Jones who has been fantastic in net all season long. Brett Burns has an outside shot at the Norris Trophy and they have the ability to put the puck in the net at will. They will be looking to exact revenge as the last time these two teams met in the playoffs it was the Kings marching back from a three games to none deficit to win the series in seven. For the Kings they look to get back on track as they missed out on the playoffs last year and they have the team to make a run. The addition go Milan Lucic was vital. Drew Doughty has a strong chance to take home the Norris Trophy and as always hot goaltending wins you championships and who better to provide that than Jonathan Quick. At the end of the day even though the Kings backed into the playoffs and lost the division title to Anaheim down the stretch I still expect them to advance to the second round of the playoffs.

-Sean Tafoya (@sean_athan) was born and raised in Arvada, Colorado. He is currently attending Metropolitan State University of Denver. He is a Major in Communication Arts and Science, Broadcast Concentration Sport Media Minor. He is a Sports Announcer and Show Host at The Metro State Broadcast Network. His Favorite Sports are Baseball and Hockey. His Favorite Teams; Blackhawks, Cubs, Bears, Bulls, Rapids, Stoke City.

-Sean Tafoya (@sean_athan) was born and raised in Arvada, Colorado. He is currently attending Metropolitan State University of Denver. He is a Major in Communication Arts and Science, Broadcast Concentration Sport Media Minor. He is a Sports Announcer and Show Host at The Metro State Broadcast Network. His Favorite Sports are Baseball and Hockey. His Favorite Teams; Blackhawks, Cubs, Bears, Bulls, Rapids, Stoke City.
View all posts by Sean Tafoya →
Tagged NHL Stanley Cup Playoffs. Bookmark the permalink.