The 2013 NFL Playoffs are bound to be the best in recent years. There is no shortage of storylines heading into this years postseason. Whether that be Comeback POY and MVP candidates Peyton Manning and Adrian Peterson leading their squads into the playoffs, or the tale of the three rookies RG3, Andrew Luck, and Russell Wilson starting at quarterback for their respective teams in the postseason. The road to the Super Bowl begins with an exciting Wild-Card weekend that won’t disappoint. Here are my game previews and game predictions for the first round of the playoffs. 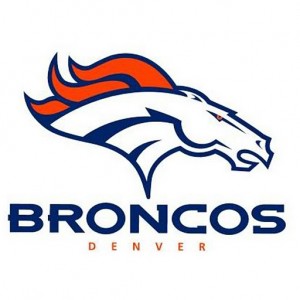 The road to New Orleans for the Super Bowl goes through the city of Denver, Broncos fans. The Broncos put a beat down on the Kansas City Chiefs to win 38-3 and obtain home-field advantage throughout the playoffs. That wouldn’t have been possible had it not been for Peyton’s former team, the Indianapolis Colts, who beat the Houston Texans 28-16 earlier in the day.

Coming off their ten straight wins, the Denver Broncos host the Kansas City Chiefs in Week 17 match-up that is the last obstacle between the Broncos and the first-round bye that they so desperately covet.

Peyton Manning threw for 339 yards and 3 touchdowns to lead the Denver Broncos to a 34-12 win over the Cleveland Browns and the 10th win in a row. Knowshon Moreno ran for 78 yards on 22 carries, and Ronnie Hillman had 35 yards on only 6 carries. Demaryius Thomas also added 102 yards receiving, and Decker caught 2 TD’s. The Denver offense was clicking on all cylinders today as Denver had 457 yards of total offense on the day. But the Denver offense wasn’t the only side of the ball that was having a day to remember.

Former Metro State Men’s Basketball coach Mike Dunlap had his first gig as NBA head coach start off pretty well with the Charlotte Bobcats. Through their first 12 games, the Bobcats had posted a 7-5 record. A record that had already amassed last season’s win total when they went 7-59 in the lock-out shortened season in 2011. But since November 24th, the Bobcats have lost 14 straight and now sit at 7-19, which is good for 13th in the Eastern Conference. A losing record, let alone coaching a losing team, is not something that Head Coach Mike Dunlap is familiar with.

Well Broncos fans, is it time to realistically think about the Super Bowl? When word came about Peyton Manning coming to Denver, that’s the thought that crossed the minds of all Broncos fans, but it might have been more of a pipe-dream at the very beginning. Heading into week 16, the Broncos are 11-3 and a realistic shot to make, and win the Super Bowl.

Something that the Denver Broncos now control with two games remaining on their 16 game schedule. Last week, that was a different story. Yes, the Broncos had already wrapped up their division. And yes, they were already headed to the playoffs. But when it came to getting that first round bye, they needed some help, and they got it. Read More →

Well, the NHL lockout continues. The NHL announced the cancellation of more games on Thursday, this time through Jan. 14. It seems pretty bleak for any games to be played this year. And who knows when the game will ever get back on the ice. Seems pretty bleak to me. Read More →

Alright, now I feel bad for Timmy boy. He made the Broncos relevant last year. The Broncos were 1-4, and the Broncos ended up 8-8 with Tim Tebow under center. Kyle Orton was driving this team to the ground, and Tebow brought us to the playoffs. And after an amazing win against the Steelers in the first round, we rewarded him with a trade to the Big Apple, where now it seems like he is on his way out of there as well.