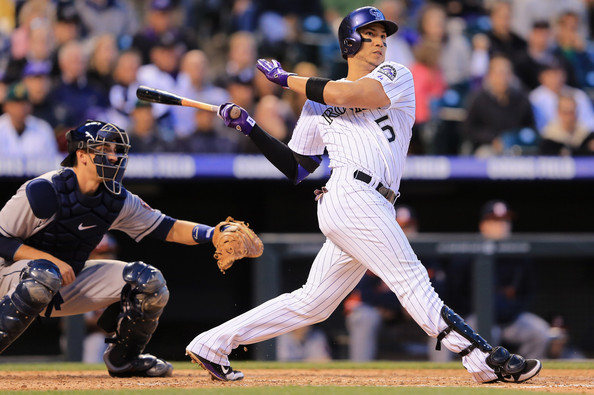 The Colorado Rockies have begun to make their push from the cellar of the National League West division, winning seven of their last eight games, including five of six on the road.

The Rockies are one of eight teams in Major League Baseball with a better road record than at home, three of which are in the National League. Aside from Colorado, the San Francisco Giants and St. Louis Cardinals also hold this distinction.

The two highest average ticket prices on the secondary market for Rockies games in June are for two of their three games against the American League-leading Houston Astros. The biggest surprise of the season thus far, Houston has been in first place in their division for the majority of the season, despite four consecutive disastrous seasons as they were in rebuilding mode. The Astros’ combination of speed, power, and young, talented pitching has them on the path towards securing their first winning season since 2008, and it’s why Astros tickets are drawing so much attention for the first time in years. Like Colorado, though, Houston has performed better away from home, owning a 15-8 road record.

A division matchup finds its way on the list, as the Rockies travel to San Francisco late in the month to face the defending World Series Champions. Entering June, the Rockies trail the Giants by six games, and the two teams recently had a four-game series at Coors Field from May 22-24, which was split. After losing the opener, the Rockies split a Saturday doubleheader and won the series finale. The two wins against the Giants represented the start of Colorado’s current run of nabbing seven victories in their last ten tries.

The cheapest tickets for Rockies games in June surprisingly are for their opening series against the reigning NL West champs, the Los Angeles Dodgers. With two of the three games having giveaways and get-in prices under $5, there’s a lot of value early in the month for this set at Coors Field, as the Rockies are trying to keep up their winning ways against the first-place club in their division. Los Angeles hasn’t been as successful away from Dodger Stadium (8-13 road record) compared to their home contests, so between the Dodgers’ poor road record and the Rockies’ lackluster home record (also 8-13), something will have to give. It will also serve as a measuring stick for Colorado in determining where they’re at.