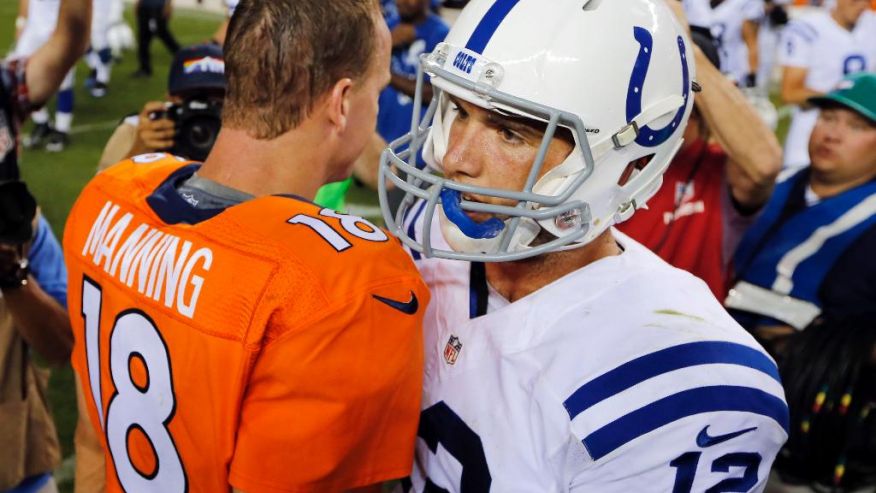 The Denver Broncos, winners of five of their last six games, will look to move one step closer to the Super Bowl when the Indianapolis Colts visit Sports Authority Field.

After suffering an embarrassing 43-8 defeat in last year’s Super Bowl, Denver remained focused, retooled its defense, and earned 12 wins. Peyton Manning didn’t throw 56 touchdowns this season, but Denver’s balanced approach on offense may pay off during the playoffs. During the regular season, Manning threw for 4,727 yards and 39 touchdowns, but its rushing attack, which is led by CJ Anderson, may punch Denver’s Super Bowl ticket to Arizona.

Anderson did not enter the season as Denver’s starting running back, but seized the job after an impressive Week 9 performance against the Oakland Raiders. Anderson compiled 163 total yards of offense and scored one touchdown en-route to a 41-17 victory. Since then, Anderson is averaging 4.8 yards per carry and has scored nine touchdowns over his last seven games. Indianapolis’s defense is yielding 118.9 rushing yards per game, so Anderson will have opportunities to make plays. While Anderson has been the catalyst to Denver’s offense, fans can always expect to pay a premium when Peyton Manning faces his old teammates.

According to TiqIQ, the average secondary market price for Colts vs. Broncos tickets is $348.27 while the get-in price is $121. Prices for the game will be the least expensive in Denver during the Peyton Manning era.

When Manning isn’t handing the ball off to Anderson, he’ll target one of his three dynamic pass catchers. Wide receivers Demaryius Thomas and Emmanuel Sanders each caught over 100 passes and secured at least 1,400 receiving yards and nine touchdowns. Tight End Julius Thomas has dealt with injuries, but destroyed Indianapolis during their Week 1 meeting. Thomas caught seven passes for 104 yards and three touchdowns as Indianapolis’s linebackers had no answer for Thomas’s size, speed, and athleticism. Expect Manning to target Thomas early and often during this match-up.

Denver’s defense will look to slowdown Indianapolis’s high octane passing offense. During their Week 1 meeting, Denver’s defense forced two interceptions and put pressure on Luck throughout the game. Indianapolis’s offensive line has dealt with plenty of injuries, so Denver should have some success generating pressure. Expect a spirited effort from both sides with a berth to the AFC Championship game on the line.

The winner of this game will just be a game away from representing the AFC in the Super Bowl. Currently, the secondary market average price for Super Bowl tickets on TiqIQ is $3370.23, almost exactly the average price of last year’s Super Bowl.