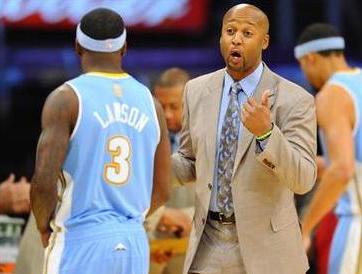 With another disappointing first-round exit in the playoffs last season for the Denver Nuggets, change was needed for the upcoming 2013-14 season, and change is what they got.

Even though the Nuggets made the playoffs for the tenth straight season, they were bounced from the first-round for the ninth time in the last ten seasons. Up 1-0 in the first round series match-up with the Golden State Warriors a season ago, the Nuggets were expected to sweep up the series and move on after David Lee went down for the Warriors. But this forced Golden State to play small-ball, and the Nuggets would suffer and go on to lose four of the next five and drop the series 4-2 for another typical first-round exit.

The Nuggets would then go on to fire Coach of the Year award winner Head Coach George Karl, and let Executive of the Year award winner General Manager Masai Ujiri walk away after the season was over. Karl, who had a 423-257 record with the Nuggets over nine seasons, had the second-most wins in Nuggets franchise history as Head Coach, only behind Doug Moe (432). Karl led Denver to the playoffs in all nine seasons, but advanced out of the first round only once, in 2009, when they lost in the Conference Finals to the Los Angeles Lakers. 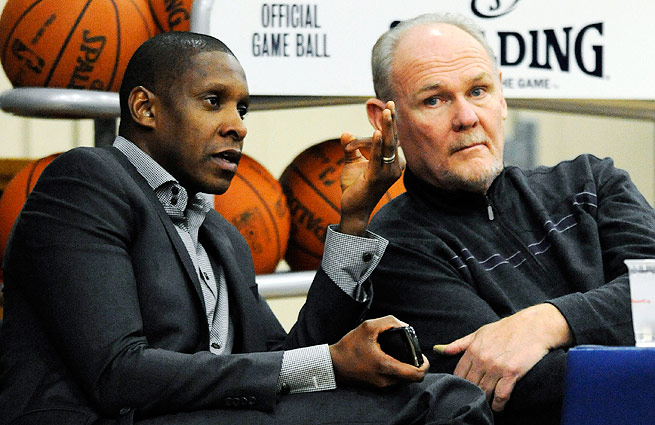 HERE NO MORE – The Nuggets parted ways with Head Coach George Karl and General Manager Masai Ujiri in the off-season.

Ujiri, who was General Manager of the Nuggets for the past four seasons, was signed away to be the General Manager of the Toronto Raptors for 5 years, $15 million. Ujiri was most credited for getting a great package in return when the Nuggets traded Carmelo Anthony to the New York Knicks. Anthony, along with Denver fan favorite Chauncey Billups were traded to the Knicks in a three-team deal involving the Minnesota Timberwolves that shipped Wilson Chandler, Raymond Felton, Danilo Gallinari, Timofey Mozgov, a 2014 first-round pick, two-second round picks, and a conditional right to swap the 2016 first round pick to Denver.

But the Denver Nuggets are passed all of that. Masai Ujri is in Toronto, George Karl is working for ESPN, and the Nuggets now have an entire new team, both in the front office, and on the court.

With that vacancy at the Head Coaching position, the Nuggets hired Brian Shaw as their new head coach. Shaw, who played in the NBA for 14 seasons for seven different teams, most famously served under arguably one of the best coaches in NBA history for six years with the Lakers, the “Zen Master”, Phil Jackson. Shaw then served as Pacers lead assistant from 2011-2013 under Frank Vogel before coming to Denver.

Now here with the Nuggets, Shaw has been most notably asked if he plans on bringing in the triangle to Denver. “Although I played in the triangle and coached the triangle, I also played in a lot of systems, so that’s not something I’m looking to bring to the Nuggets and try to implement,” Shaw said to Benjamin Hochman of the Denver Post. “I’m going to look at a lot of film of things the team did well, running was one of them. And I’ll continue to build on things they did well and get more of a feel for the personnel and what I think will be conducive to everybody’s ability.”

To help Brian Shaw with the personnel, the Nuggets also hired Tim Connelly as their new GM. Connelly was hired away from the New Orleans Pelicans to join the Denver staff, and has already been hard at work in his new role. Connelly began working his magic draft night on June 27th when he made trades such as Kosta Koufos to the Memphis Grizzlies for Darrell Arthur and draft pick Joffrey Lauvergne, and also a draft-trade with the Utah Jazz for Erick Green plus cash.

Not just in the draft, but Connelly started putting money where his mouth is in free agency. Failing to keep Andre Iguodala in Denver as “Dre” skipped town for the Golden State Warriors, the Nuggets were forced to make moves elsewhere. Seeing Iggy leave, Connelly would sign J.J. Hickson, Randy Foye, and Nate Robinson.

BRING IN THE ‘TUDE: A look at the one of the new Nuggets acquisitions Nate Robinson, known for his on-court attitude and passion for the game.

Hickson, a power forward entering his fifth season, was brought in to back-up fan-favorite Kenneth Faried but is expected to start the season in his place. Hickson is a double-double machine but has had defensive struggles in his four years in the league, and that’s putting it nicely. Foye, a six-year guard from Villanova, is expected to be in the starting line-up alongside Ty Lawson where Iguodala was last year. Foye shot 41% from beyond the arc last year, something that Head Coach Brian Shaw hopes will help improve the Nuggets 34% three-point shooting from a year ago. And then Nate Robinson, a seven-year journeyman who has played with six different teams over his eight years in the NBA, has played with a different team each of the last four years, including when he played for both the Knicks and Celtics in 2010.  Averaging a career high 17.2 ppg with the Knicks in 2010, Robinson has always been a productive scorer. It’s his defense that he’s lacked. Robinson had always been the offensive spark plug throughout his career, but finally started to round out his formerly one-dimensional game in 2012-13 with the Bulls under Head Coach Tom Thibodeau.

The additions of Hickson, Foye, and Robinson aren’t considered “big fish” landed in free agency, but for a Nuggets team that hopes to make the playoffs for the eleventh straight season, they’ll have to contribute to a whole new system and a whole new culture in Denver.

Under rookie Head Coach Brian Shaw, the expectations for the Nuggets are to be somewhat decent. With a very deep Western Conference, many are predicting the Nuggets to finish 8th or miss the playoffs, which would be the first time since 2002-03 that Denver didn’t play in the postseason. Having said that, Brian Shaw’s system is going to take some getting used to. “It’s still a work in progress and I think the main thing is because the focus is a little bit different than what it was before,” Shaw said to Nate Timmons of DenverStiffs.com. “So, they’re still trying to figure out how to incorporate throwing the ball inside to our bigs when they haven’t been in that position before.”

Brian Shaw is a very good coaching prospect for this team. While it might take some time for the team to get acclimated, things are looking up for the Denver Nuggets. It’s going to be interesting to see everything in motion in 2013-14.