Back to Baseball on Blake: Colorado Rockies 2016 Season Preview 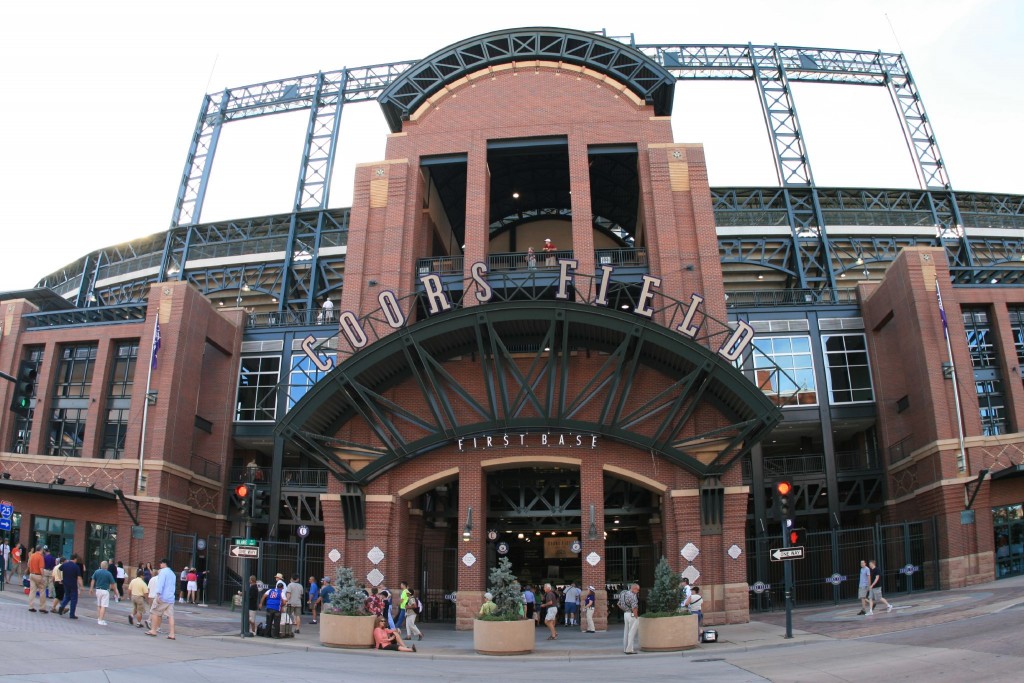 With the Rockies now in full swing in the Cactus League, the team looks to improve on their 68-94 record last year.

That marked the fourth time in the last five years the Rockies would finish with 90+ losses, as well as being in the cellar of the National League West standings.

The biggest headline of the 2015 season came on July 28, when the team made a Pikes Peak-sized trade, shipping All-Star shortstop Troy Tulowitzki and relief pitcher LaTroy Hawkins to the Toronto Blue Jays, and in return, received veteran shortstop Jose Reyes and pitching prospects Jeff Hoffman and Miguel Castro. Other noteworthy events for the Rox in 2015, included the call-up of top pitching prospect and the third-overall pick in the 2013 draft, Jon Gray.

Third baseman Nolan Arenado and outfielder Carlos Gonzales showed the majors, that the two could be the best three -four hitters in baseball. Both reeled in Silver Sluggers after the season. Arenado led MLB in homeruns and RBI’s with a career-high 42 and 130, respectively.  Cargo had a bounce-back year.  While he started off slow and only bopped four homers the first two-months of the year, he eventually found his groove and would hit an MLB-high 27 homeruns the second-half of the year and finished with 40.

While the offense was rock-solid, with a team batting average of .265 (tied for fourth in MLB last year); Colorado will look for better pitching. This is the usual case with the Rockies, last year the team was dead-last in the majors with a team ERA of 4.70 and the only team to give up over 300 earned runs (311). But, the Rockies made some moves to improve the pitching woes. The team signed veteran, bullpen arms Jason Motte (8-1, 3.91 ERA with Cubs in ’15) and Chad Qualls (3-5, 4.38 ERA with Astros in ’15). In addition to Motte and Qualls, the Rockies traded outfielder Corey Dickerson (who had a great bat, but struggled in the field) to the Tampa Bay Rays for power-arm Jake McGee (1-2, 2.41 ERA). The ‘pen also gets a boost with the return of closer Adam Ottavino, whom only pitched 10 games last year before undergoing Tommy John surgery. Now that Ottavino (and his wicked slider) are back, Colorado has a bullpen filled with power-arms. The team’s starters had a number of leads last year, before turning the game over to the bullpen, which proceeded to squander it.  This new, power formula should help the team and not hinder it.

Speaking of starting pitching, the team did not make any major additions to the rotation. But, the team will have Jon Gray for a full-season. While Gray went 0-2 with a 5.53 ERA after being called up last year, he did have flashes of brilliance and would of gotten a few wins, if not for the aforementioned bullpen. The team also gets Tyler Chatwood back (after recovering in 2015 from shoulder surgery) and Jordan Lyles (battled a toe injury last year). Both, an addition to Jorge De La Rosa, have handled pitching at Coors Field. The fifth-spot of the rotation will be a contest. As players such as Eddie Butler, Tyler Matzek, David Hale and Chris Rusin all look to earn that spot.

Another big move made by Colorado in the offseason, was the acquisition of veteran outfielder and 2X Gold Glover Gerardo Parra (signing a three-year $27.5 deal). Parra, is a seven-year veteran, and over the course of his career has become one of the most reliable corner outfielders in the game. While his bat may not be as prolific as Dickerson, it is still reliable with a career batting average of .277.  This pickup is quite similar to the Rockies signing Michael Cuddyer, before the 2011 season. A smart, veteran player and this move will help the Rockies in a multitude of ways.

The infield is pretty set for the Rockies, with the exception of shortstop. After Tulowitzki was traded, Jose Reyes became a placeholder for the Rox at the position until a long-term solution could be found. However, Reyes has not been the best fit for Colorado. Now, with Reyes on-leave from the team due to domestic violence charges, the Rockies look to younger options in Cristhian Adames and Trevor Story. Adames has only played 33-games in the majors the last two-seasons and has only hit .206. Story, on the other hand, has been one of the top shortstop prospects in baseball the last couple of seasons.  Last year, the young Texan hit .281 in Double-A, before being called up to Triple-A the last half of the season and hit .277.

Right now, Story (a former first-round pick) is the favorite to be the starting shortstop come Opening Day. This should make many Rockies fans excited, as Story has been receiving rave reviews from all around the Cactus League and if the youngster continues to preform well, when (or if) Reyes returns, it will add extra motivation to the organization to dump the latter and his $44-millon owed over the next two years. This would create much more flexibility for the Rox payroll and on-field product.

While no one is expecting the Rockies to compete in the highly-competitive NL West, this winter saw the team make some quite, yet solid moves. With the acquisition of veteran arms in the bullpen and some talented youth ready to hit the majors; 2016 should be a year of growth and improvement for Colorado.